Let’s start with the Topology configuration. Download the topology form the topology builder and save a copy as a backup. In Pool properties, check the “Enable SQL Server store mirroring” and select New.

Configure the SQL Server FQDN, Instance and the Mirror port 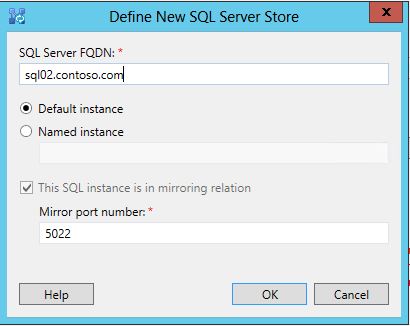 Check the “Use SQL Server mirroring witness to enable automatic fail over” box. Configure the witness server FQDN and the Instance. Leave the default port number.

Now Publish the topology. at this point, a File Share need to be created to replicate the databases between the principle and the mirrored SQL servers. Select “Settings”

Specify the share location. Note that this file share must have read and write assess to the user account that use to create the databases in primary SQL Server.

Continue with the Topology publish. and make sure that the topology get published successfully. 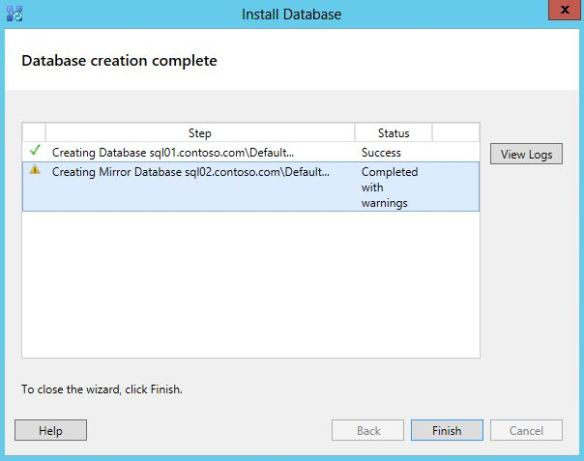 If the topology fail to publish due to a configuration error, trouble shoot and fix the problem. once done, instead of publishing the topology, select “Install Databases. This step will skip what ever the databases already installed and continue with the rest.

At this point, the mirror databases will get created and synchronize with the primary SQL Server. give it some time to get settled. 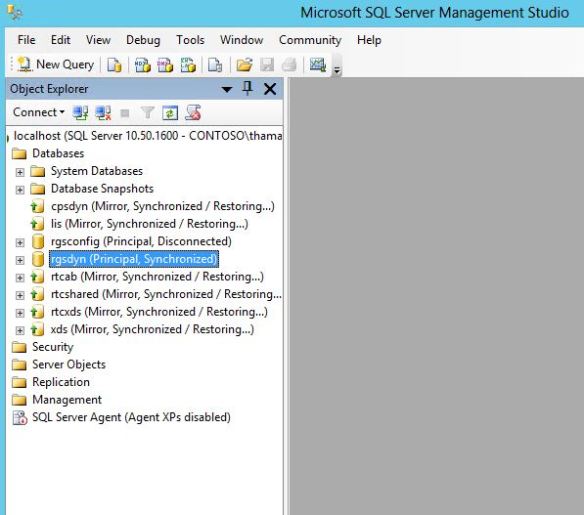 Once all settled, It’s time to do some Fail-over testing.

Fail-over the User databases by running below,

Fail-over the Management Store databases by running below,

Fail-over the Application databases by running below,

Open the SQL Server Management Studio and see if the Databases state changed from Mirror to Principal.

Now Try turning down the Principal Server SQL Service to verify that the Databases are getting fail-over to Mirror automatically.

All looking good. System was able to connect to the Mirrored Databases successfully.