Objective of this article is to guide how to configure Analogue extensions sitting on Sonus SBC 1000\2000 FSX module to communicate with Lync server 2013. Integration with having the FSX modules on the SBC chassis is much less complicated that the FSX is sitting on a different Gateway.

In that case, there will be a licensing concern when it comes to Sonus gateway. To do this, you would probably need Registrar license as well as SIP\Transcoding license. But, in Sonus SBC version 3.1.x does have an option called “RTP Proxy”. This parameter configured in Routing table against the specific route allows RTP to flow without a Transcoding license given that both end use the same codec.

Now back to the subject. The configuration steps would be pretty straight forward,

This step is much like configuring a Common Area device. Instead of New-CsCommonAreaDevice, we use New-CsAnalogueDevice. Use the Lync management Shell to run below command. Replace site specific parameters for the highlighted sections.

There’s no need to grant a voice policy because the Lync server doesn’t have any sort of authority over the analogue extension.

Jump in to the SBC and navigate in to Settings > CAS. In CAS Signalling Profiles, create a new FSX signalling profile as shown below. 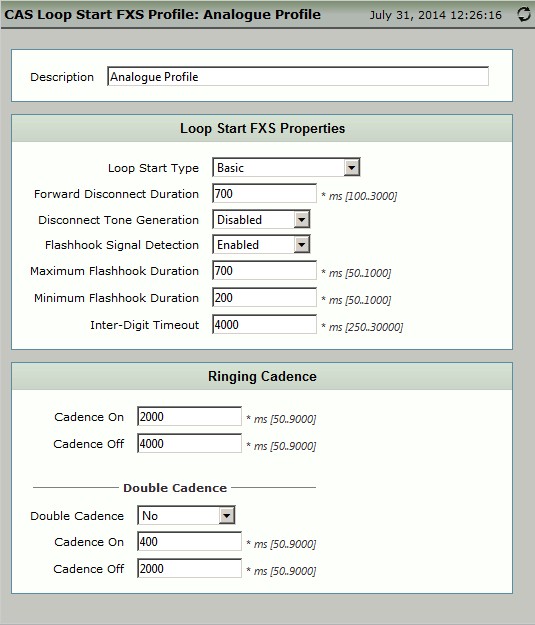 Transformation Table has to be created so that the numbers coming in to the Analog Extensions and going out to the Lync server are properly normalized. There has to be 2 sets of transformation tables. One set is “To FSX from Lync server” and another set for “To Lync Server from FSX”

To FSX from Lync server

To Lync Server from FSX

What this set of rule does is that, It coverts dialed 4 digits Extension numbers in to full E.164 number so that the Lync server can identify where that call to be sent to.

Now to create a Signalling Group for the FSX module. This is where the physical FSX port will get the extension number and get associated with a CAS profile. For the time being, set the Call Routing Table as “Default” since we haven’t created it.  Configure a Signalling group as shown in below snapshot. 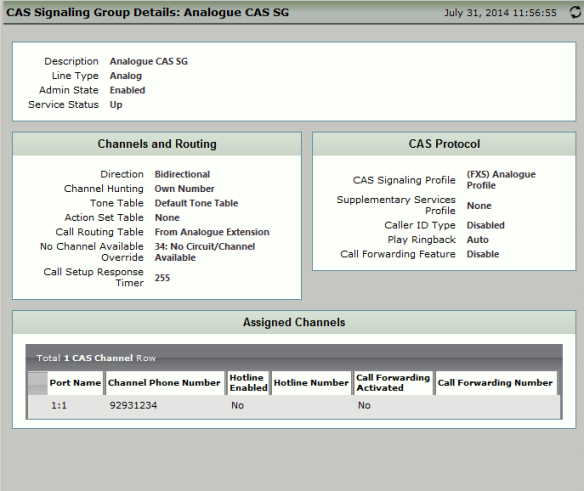 Routing Table is where everything get bonded together. It specifies where the call should go to and which Transformation Tables that it have to use. There gave to be 2 Routing tables. One is “From Lync Server 2013” and another as “From Analog Extensions”

This one specifies where the call to be sent to if it’s coming from lync server. In this instant, “To Analogue Extension“. Configure the routing table as shown in below snapshot. 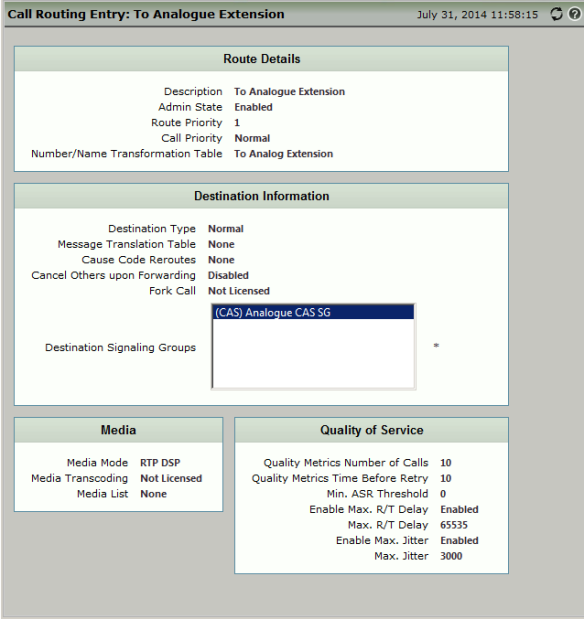 This one specifies where the call to be sent to if it’s coming from Analogue Extensions. In this instant, “To Lync Server“. Configure the routing table as shown in below snapshot.